With 23-years’ experience, Tom Jenkins has dabbled in most industries in the NDT business but has narrowed his focus in recent years to aerospace and nuclear power generation engineering. His time at SNI has given him more experience and allowed him to cultivate his skills.

In 2017, Tom began working on a project unlike any other he had encountered before. The fan case of an aircraft engine was corroding. The corrosion resulted from aircraft with this engine model sitting idle for extended periods of time, a factor that was not considered when they were designed.

What made this application different from others Tom has worked on in the past is that it required more than just designing a transducer. Where most customers come to SNI with certain requirements, giving our engineers particular instructions as to what expectations they have for the transducer, Tom was given little guidance.

Tom was told the issue – the walls of the fan case corroding – and tasked with finding a way to inspect it. He took lead on every aspect of creating the transducer: designing it, building it, setting up the software, taking readings on the corrosion, and analyzing the data. When he completed the transducer, Tom was even flown abroad to train others on how to complete the inspection.

The initial design of the transducer proved challenging, however. Although Tom used a standard transducer in his approach, he used a bubbler block to mold the phased array to the curvature of the fan case. The surface was irregular, but the sound needed to be shot down at a 0° angle – the transducer could be standard, but the bubbler blocks needed modifications.

Tom designed ten different blocks to complete the bubbler inspection. He divided the surface of the fan case into ten areas, each area was then given a corresponding bubbler block. In designing the blocks, Tom was mindful of where he needed to allow for longer and shorter water paths. He took preventive measures to avoid the formation of air bubbles which could distort the measurements. Using multiple blocks, Tom came up with a design that met the challenges of the inspection.

In the end, Tom completed an entire solution anatomy for the application. From scratch, he was able to determine not only how to address the application, but also the best way to look at the data.

What is microPIMS Intrinsically Safe? MicroPIMS “I.S.” is a non-intrusive, fully wireless 900MHz / LoRaWAN ultrasonic-based corrosion/erosion and temperature monitoring sensors. Due to the extremely 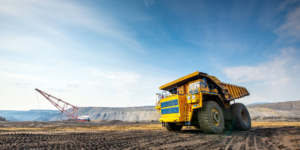 The Hi-Def PTZx is a remote visual inspection camera that is designed to solve inspection requirements in the industrial industry. This Pan Tilt Zoom camera features LED lights to inspect dark areas like those found at mining facilities.